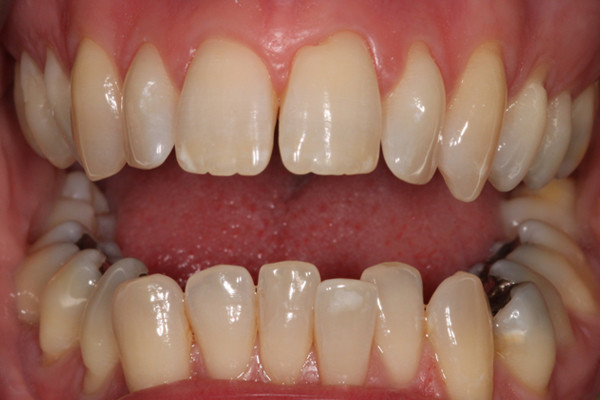 "From my initial consultation, I felt my concerns about the appearance of my teeth, which I was a bit sensitive about, were treated in a serious and sympathetic manner by everyone at this practice. Both dentists I saw, Kate Friend and Craig Beeley, went through all the options available to me, including going to an orthodontist for different treatment, in a thorough manner.

I was completely confident that they would not damage my teeth in any way to improve the cosmetic appearance of my smile. I settled on the Six Month Smiles and Tooth Whitening. The treatment itself was quite painless, everything was explained to me, I was given lots of opportunities to rest if I needed them and I felt quite calm throughout the whole treatment. I was given practical help with dealing with the braces and I was encouraged to and able to contact the practice with any issues I had. I felt achieving a good result was a real team effort.

Although I was dreading wearing them, the braces were quite discreet and I got used to them quite quickly. You could see the improvement in the appearance of my teeth almost as soon as they were on. I only had to wear them for a few months and the time went past very quickly. With Craig’s advice, I chose a fixed retainer to keep my new smile in place. I also have a removable one to wear for the first few months which is barely noticeable. Being a cynic about “before & after” pictures, I took my own and the “before” photo taken by Craig is far more complimentary than the one I took. The “after” picture was taken pre whitening which is improving my appearance further still.

I would thoroughly recommend this practice, everyone has been helpful, kind and professional."